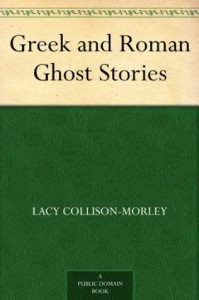 So here's the deep, dark, not-really-secret - I startle ridiculously easily. The problem is mostly that when I'm really into reading something I'm focused on it entirely, and not really paying any attention to things around me. This means I can easily miss things like someone trying to catch my attention, the train station where I meant to exit, that the sun has suddenly set - you get the idea. But it also means that if I'm sitting and reading, and you walk up to me from the side I'm going to hop. As in, up, out of my chair, possibly landing back in my chair or on my feet. (If I'm standing I've been known to clear over a foot or two off the ground.) Now, I realize that this is indeed hysterical. (I can feel the expression on my face, and I'm certain it's also funny.) I kinda wish I could stop doing it. ...But I'm also not really going to work much at trying because yeah, not sure how. I like falling into a book like that.

That's all lead up to the fact that I did this today while waiting to get my hair cut. I quickly said "oh, oops! I was reading ghost stories!" Because I also had kinda made a gasping noise. (Dammit.) The really annoying thing?! They are not at all scary ghost stories.

More background: When I'm in my own fully decorated apartment, you'll see scattered around the place tons of Halloweenish decor such as skulls, bats, skeletons, etc. I have bookshelves full of anthologies of ghost stories, not to mention fiction and nonfictional books on death, vampire, film monsters - you get the idea. None of these things startle me, and in fact feel quite homey.

So you might wonder at this point, what exactly was I reading about that I was so absorbed by? It's not like I'd suggest rushing to read this book - Greek and Roman Ghost Stories, which is here on Gutenberg - because no, not scary, and it's not really a re-telling of stories. It's more of a series of essays citing random classical authors that mention ghosts. (More on that in the actual review. Eventually.)

Here's a couple of quotes I was pondering at the eek-startle moment. The first is longer so you can get an idea of the writing style - the book was published in 1912.

34% in - I had never heard about this particular myth - but it doesn't seem to have been a myth as much as later folklore told about a well known legend. Which sort of makes it seem like Homeric fanfic? See what you think about this setup between two ghosts falling in love (bolding is mine):

"...the story of the White Isle. Helen and Achilles fell in love with one another, though they had never met—the one hidden in Egypt, the other fighting before Troy. There was no place near Troy suited for their eternal life together, so Thetis appealed to Poseidon to give them an island home of their own. Poseidon consented, and the White Isle rose up in the Black Sea, near the mouth of the Danube. There Achilles and Helen, the manliest of men and the most feminine of women, first met and first embraced; and Poseidon himself, and Amphitrite, and all the Nereids, and as many river gods and spirits as dwell near the Euxine and Mæotis, came to the wedding. The island is thickly covered with white trees and with elms, which grow in regular order round the shrine; and on it there dwell certain white birds, fragrant of the salt sea, which Achilles is said to have tamed to his will, so that they keep the glades cool, fanning them with their wings and scattering spray as they fly along the ground, scarce rising above it. To men sailing over the broad bosom of the sea the island is holy when they disembark, for it lies like a hospitable home to their ships. But neither those who sail thither, nor the Greeks and barbarians living round the Black Sea, may build a house upon it; and all who anchor and sacrifice there must go on board at sunset. No man may pass the night upon the isle, and no woman may even land there. If the wind is favourable, ships must sail away; if not, they must put out and anchor in the bay and sleep on board. For at night men say that Achilles and Helen drink together, and sing of each other's love, and of the war, and of Homer. Now that his battles are over, Achilles cultivates the gift of song he had received from Calliope. Their voices ring out clear and godlike over the water, and the sailors sit trembling with emotion as they listen. Those who had anchored there declared that they had heard the neighing of horses, and the clash of arms, and shouts such as are raised in battle."

Someone really needs to write that as modern day fanfic, because that's some potentially cheesy goodness right there. Just waiting for a "and then - once - five comrades decided to spend the night on that island..."

More on this story in wikipedia, under Worship of Achilles in Antiquity. But! You'll notice the wiki doesn't mention Helen as a love interest. The White Island story is from one book (or at least from what I know atm, without googling): Periplus of the Euxine Sea. Which is apparently where I should start trying to run down where the whole Achilles and Helen love story thing came from. (I have a feeling that could be a long hunt.)

41% in, because of randomness:

"The elder Pliny gives us the interesting information that spirits refuse to obey people afflicted with freckles."

There's no follow-up to that sentence explaining anything. So you can understand why it's a Moment Where I Pause and Think Wait What. (If I'd not been away from home - yes, that would have been an immediate I Must Google and Discover Why moment too.)

So back to my startling problem - or the Problem of Me Startling Easily. Neither of those quotes were startle-worthy. But - another tangent! This is also a fun story of What Goes Around Comes Around (am I into titling everything today or what?!), and a reminder that I must tell a few college friends about all this. You see, I was once a terribly obnoxious roommate and friend, back in the college days. (Maybe later too, but focus on one story for the moment.) I had been known to hide in my roommate's terribly messy closet for hours, waiting til she got home from class and finally opened the door so I could say "hi there!" and startle her. ...I also may have sat behind the door of our room waiting for someone to open it and enter so I could then take a photo (I have two really great photos of this from the exact same angle and both friends making the exact same "what ARE you doing on the floor?!" expression).

I pause here a moment to think about how much MORE annoying I would have been with a digital camera, and feel very thankful those came later. I should note that I've not shown anyone these photos except those friends. And while I'd never put any of them online I do mean to digitize them someday - to send to just those friends. (I have some seriously fun shots too - like us wearing Xmas lights and decorations, because we didn't have trees to decorate.)

Anyway. It's not terribly sad that I have the Startle Problem - I suppose what's slightly wrong is that those two friends aren't around to be doing some of the startling themselves, because that would indeed be fair. And I'd probably enjoy it a lot more.

Oh and I haven't been posting of late only because I've had a week or so immersed in video games. I fell into messing about with the Sims 3 after watching too many videos of people playing Sims 4, and I felt the need to build houses. I always use the money cheat and become a millionaire, and then go on building and decor spending sprees. I haven't put any people in the last two houses I've built (lovely spots by the water where you can fish off the back balconies and look at the city) because I suspect that I've managed to set the front doors in a way where no one can enter. Which will be amusing. And then I recently bought Divinity Original Sin because the reviews convinced me, but I am discovering that I suck at turn based combat. Will keep working on it though. (Important tip - do not dig up bodies in the graveyards without saving the game prior to digging. Also you can't out run the angry dead.)

I'm reading other Halloweenish stuff (as is usual for me in Aug-Nov, because I believe in long holidays), but I'm contemplating the fact that if I put something on my Currently Reading shelf I don't seem to finish it. So I'm trying to trick myself by pretending to stealth read. Will see if that works and I finish and then actually review. (There are 30 books on the Remember To Write Review For shelf, yeek.)